Next-generation fanless CPU cooler using IcePipe technology - no fans, no dust, no noise. Capable of silently cooling any processor with a TDP (thermal design power) output of up to 100 watts.

PLEASE NOTE: The CR-100A was due to be replaced by the CR-100C in early 2012 but in fact this has never gone into production and we believe that its launch has now been put on indefinite hold. This is because the CR-80EH has since been launched and offers virtually identical performance but with the added advantage of a smaller diameter which improves compatibility with many motherboards and reduces the number of PCI-E slots which are obscured. 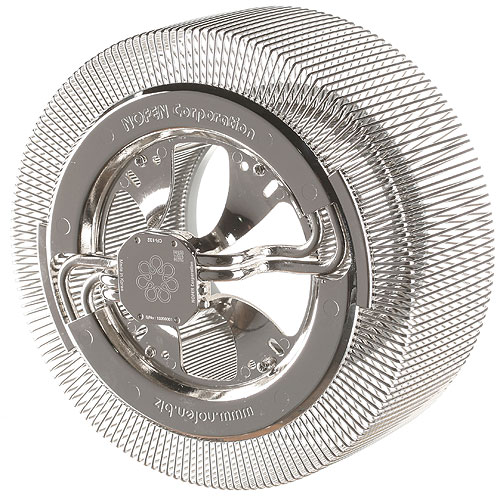 Probably the biggest technical advancement of the last decade in the field of PC cooling has been the invention of the thermal heatpipe. This has allowed a much greater efficiency of heatsink to be designed, since heatpipes are good at moving heat from one location to another, both quickly and silently.

However, the performance of heatpipes has been limited by their internal design, which relies on cyclic evaporation and condensation of the water inside them. That is until now! The next generation heatpipe has arrived - it’s smaller, lighter, wickless and offers a massive improvement in performance. Its design is patented by Nofan Corporation, and it’s called the IcePipe. 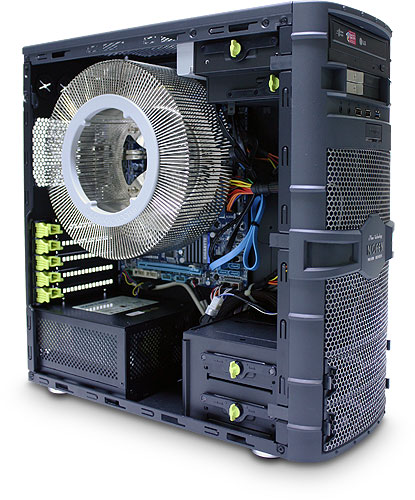 The holy grail of quiet computing is excellent cooling without resorting to the use of a fan. Rather than using forced airflow along with its associated problems (noise, dust-build up, bearing wear and limited lifespan), convection cooling is definitely the technology of the future, and because of the IcePipe, this is now a realistic possibility.

Graph showing how the CR-100A (green line) can be run fanless, and without performance deterioration due to dust

The exact details of how the IcePipe works are a trade secret, but in essence they operate by liquid capillary action. By making the pipe very small, natural perpetual circulation of the liquid inside takes place, and heat is efficiently dissipated into the attached heatsink fins. Of course, like conventional heatpipes, the IcePipes are permanently sealed in the factory so that no liquid can ever escape.

The CR-100A is Nofan’s flagship CPU cooler and the first of its kind in the world. Despite its large size, it can easily be installed onto many types of motherboard without interference with other components. It is certainly a thing of great beauty and if you happen to have a side-window in your PC, a definite talking point! The primary consideration with the CR-100A (like all CPU coolers) is its ability to cool hot-running processors. The heat generated by a CPU is defined by its TDP (thermal design power) and is measured in watts. Newer processors tend to run cooler than previous generation models, although there will always be a trade-off between speed and heat. The CR-100A can continuously and silently cool any processor with a TDP specification of under 100 watts, which includes the majority of processors on the market today - even high performance ones. For CPU and motherboard compatibility, please see below.

Chart showing example CPU compatibility with the CR-100A (i.e. TDP is below 100 watts) 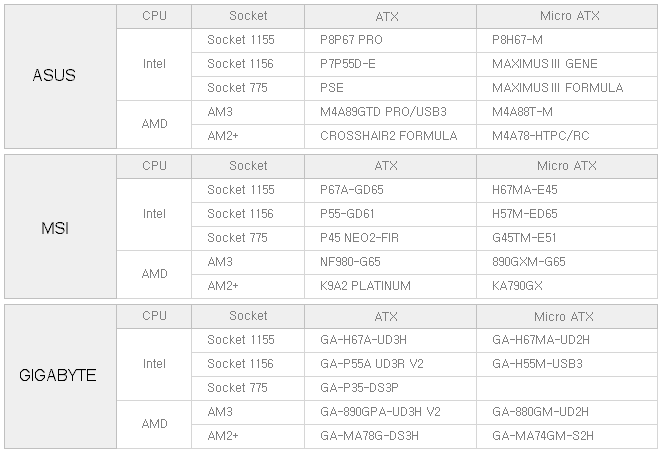 “Very pleased with the service. Excellent product. Arrived the next day.”